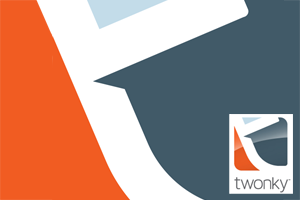 "InForm Web Design have worked to incredibly tight deadlines and have delivered on their promise in all respects."

The PacketVideo Corporation was founded in 1998 in San Diego, California. PacketVideo was the first company in the world to demonstrate MPEG-4 video images streaming to mobile devices and quickly established itself as the global leader in mobile / wireless multimedia. You may not have heard of the company, but there’s a very good chance you’ve used their software. PacketVideo developed and launched Twonky, the industry’s most innovative and proven DLNA-compliant UPnP video streaming technology, which is used in multi-millions of digital devices and services offered by the world’s most recognised consumer brands. With TwonkyBeam, consumers can stream video content from their mobile device straight to their Smart TV, or from a PC or equivalent device running TwonkyServer.

With rapid expansion throughout Europe, including opening offices in London, Paris, Milan, Munich, Madrid and Nice within the space of 12 months, PacketVideo Corporation approached InForm to design and develop five websites (one for each major European language) to support their European operation. Key objectives for the sites were:

InForm Web Design have worked to incredibly tight deadlines and have delivered on their promise in all respects. Our European sites have been very well received by the telecommunications press and our industry partners. InForm continue to work effectively with our European Marketing team to ensure all our websites are current and demonstrate the strength of PacketVideo across Europe.

The five sites were developed using the Drupal Content Management System (CMS) – all centrally managed. We chose Drupal for this implemetation as it met the functional requirements for the proposed site perfectly. It enabled rapid prototyping, is highly customisable and allows for organic growth. We also implemented a Google AdWords PPC campaign which we managed as part of the support agreement as well as online and offline marketing collateral.

Drupal CMS Website Design Lancashire Drupal is an open source content management platform (CMS) which powers millions of websites and applications. There is no proprietary code, it’s fully extensible and flexible and you have access to an active developer community worldwide. There’s a huge market of Distributions, Themes and Modules available for Drupal which can … END_OF_DOCUMENT_TOKEN_TO_BE_REPLACED

WordPress Website Design Lancashire WordPress started in 2003 with a single bit of code to enhance the typography of everyday writing and with fewer users than you can count on your fingers and toes. Since then it has grown to be the largest CMS tool in the world, used on millions of sites and seen … END_OF_DOCUMENT_TOKEN_TO_BE_REPLACED