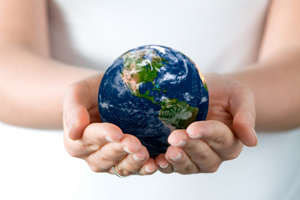 Working for Multinational Corporations sets a new series of challenges. Multinational Corporations tend to have a strong, scalable business model. They match this with a depth of management talent that allows them to out-think the competition. They have excellent advice on tap from their media, advertising and research agencies and their R&D capabilities provide a constant stream of innovation which means they can readily adapt existing products and services to meet new market needs. They also have an understanding of what is likely to work in a new market based on experience elsewhere and large marketing budgets with which to establish their brands.

The PacketVideo Corporation was founded in 1998 in San Diego, California. PacketVideo was the first company in the world to demonstrate MPEG-4 video images streaming to mobile devices and quickly established itself as the global leader in mobile / wireless multimedia. You may not have heard of the company, but there’s a very good chance you’ve used their software. PacketVideo developed and launched Twonky, the industry’s most innovative and proven DLNA-compliant UPnP video streaming technology, which is used in multi-millions of digital devices and services offered by the world’s most recognised consumer brands. With TwonkyBeam, consumers can stream video content from their mobile device straight to their Smart TV, or from a PC or equivalent device running TwonkyServer.

In 2003 NTL Inc. was the largest operator of cable assets in Europe with an annual turnover of £2.5 billion and a UK network consisting of a 7,800 km fibre backbone reaching 8.4 million residential homes and around 610,000 businesses.
Back in 2000 we were handling all the digital marketing for Motorola BCS EMEA, in particular the launch of their SURFboard cable modem. When Motorola signed a distribution deal with NTL, NTL approached us to design a microsite specifically to promote their Cable based internet services for homes and small businesses. The site had to integrate seamlessly with their existing corporate site and adhere strictly to their corporate branding.

We launched the first website for General Instrument Europe back in 1996. It received much acclaim in the Cable and Satellite press and our involvement with GI grew to being their preferred supplier for a full range of Digital Marketing services. These included online animated adverts, landing pages, micro sites, web collateral, offline marketing collateral, E-Newsletters, Search Engine Optimisation (SEO), Copywriting and Email Marketing Campaigns.

On their aquisition of Fuba Communications Systems GmbH (FCS), General Instrument Corporation in the US approached InForm to design and develop a European website for this leading German Cable & Satellite TV equipment manufacturer. At the time, we had just launched a website for General Instrument Europe which had received excellent reviews in the Cable and Satellite Industry press and hence the reason we were approached by this Global Corporation. The aim of the site was to integrate the GI Branding into the European Fuba site. The site was hand coded in HTML and had five language variants (English, German, French, Spanish and Italian).

InForm Web Design developed a website for BAE Systems Software Tools Group (STG) to promote their range of CASE tools. The website was hand coded in HTML and was one of the first launched for this global corporation and for ourselves. The site went live in 1996 and even pre-dates Search Engines such as Google. Search Engine Optimisation hadn’t even come in to being at the time and the technical headache was one of loading graphics quickly over slow dial-up modems.

InForm Web Design developed a micro-site for Andersen Consulting to promote their UK SAP Solution Centre. The project dates back to 1998 and was our first micro-site developed specifically for an email marketing campaign.