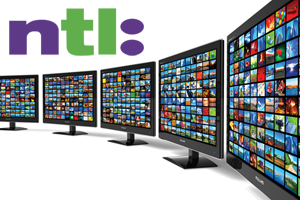 Microsite for this Global Brand specifically to promote their cable modem based internet services for homes and small businesses.

In 2003 NTL Inc. was the largest operator of cable assets in Europe with an annual turnover of £2.5 billion and a UK network consisting of a 7,800 km fibre backbone reaching 8.4 million residential homes and around 610,000 businesses. In 2004 NTL merged with Telewest and in 2005 it acquired Virgin Net, rebranding itself with the purchase to become Virgin Media. 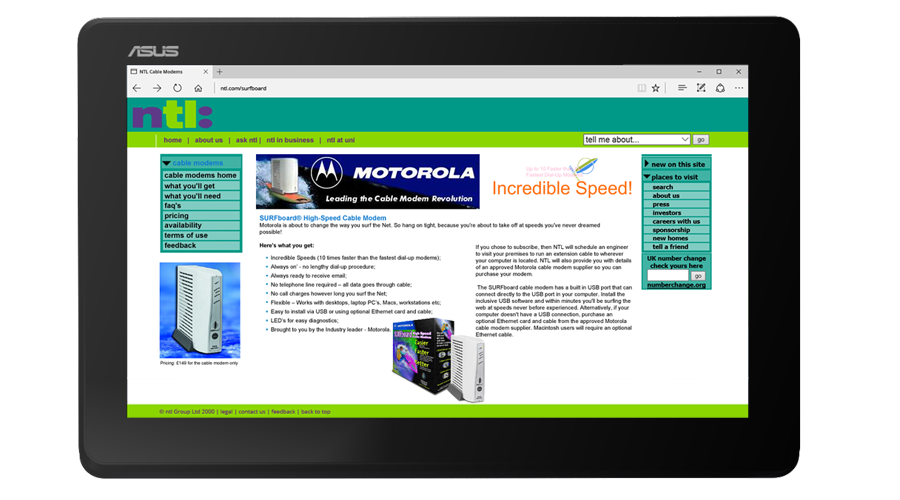 The NTL microsite dates back to 2001. We’ve included it in our portfolio because it’s an excellent example of how good design can stand the test of time. Yes it looks a little dated now and it’s frames based layout would not perform well on today’s browsers, but we’re talking about a site that’s now over 15 years old!

Back in 2000 we were handling all the digital marketing for Motorola BCS EMEA, in particular the launch of their SURFboard cable modem. When Motorola signed a distribution deal with NTL, NTL approached us to design a microsite specifically to promote their Cable based internet services for homes and small businesses. The site had to integrate seamlessly with their existing corporate site and adhere strictly to their corporate branding.

Drupal CMS Website Design Lancashire Drupal is an open source content management platform (CMS) which powers millions of websites and applications. There is no proprietary code, it’s fully extensible and flexible and you have access to an active developer community worldwide. There’s a huge market of Distributions, Themes and Modules available for Drupal which can … END_OF_DOCUMENT_TOKEN_TO_BE_REPLACED

WordPress Website Design Lancashire WordPress started in 2003 with a single bit of code to enhance the typography of everyday writing and with fewer users than you can count on your fingers and toes. Since then it has grown to be the largest CMS tool in the world, used on millions of sites and seen … END_OF_DOCUMENT_TOKEN_TO_BE_REPLACED